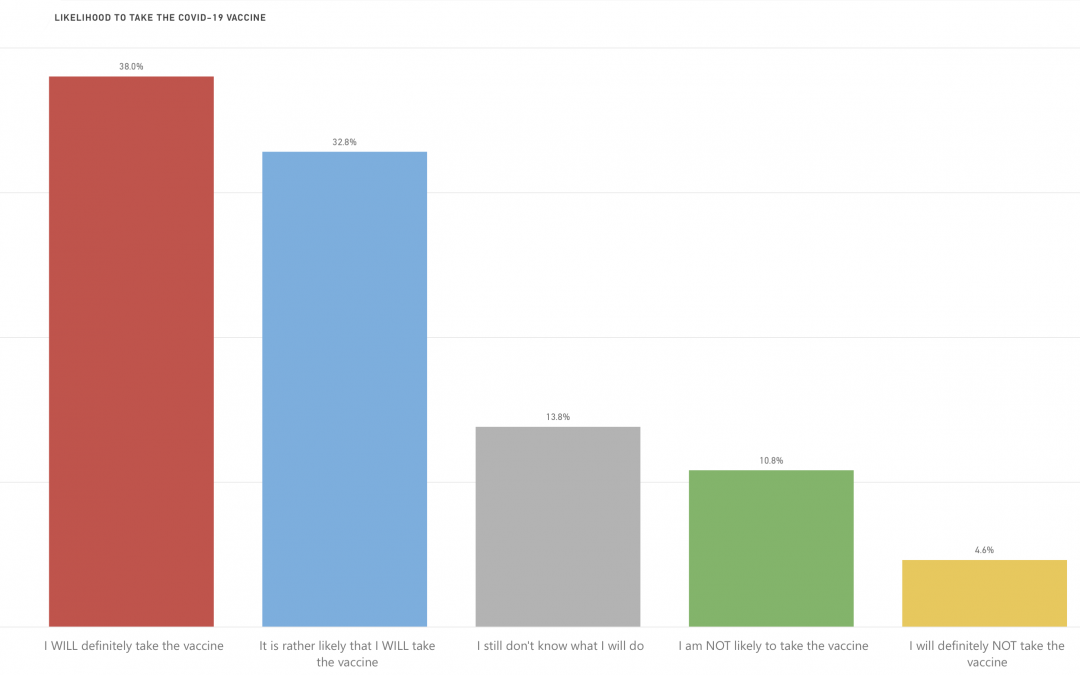 Results from our latest Omnibus study finds 70.8% (nearly 4 in 5) Maltese nationals intend to take the COVID-19 vaccination. Of the 500 respondents surveyed, 38% responded “definitely” and 32.8% “rather likely”. Another 10.8% percent said “not likely” and 4.6% “definitely not”. The remaining 13.8% of respondents said they did not know.

The respondents who claimed were still undecided about taking the vaccine, expressed that this was mostly due to the potential side effects (45.2%), followed by their apprehension towards the fast development of the virus and uncertainty about testing (31.5%).